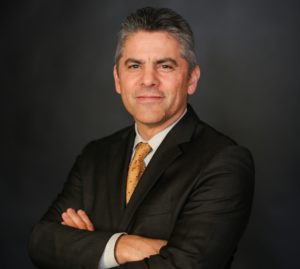 Justice Steve Gonzalez is a father and husband with a long and distinguished career serving the people of the State of Washington. He won election to the Washington Supreme Court in 2012 with over 60% of the vote. Since his election, he has been widely recognized for his commitment to the laws and Constitution of our state, and open access to the justice system. Before joining the Supreme Court, Justice Gonzalez served for ten years as a trial judge on the King County Superior Court, and served as a federal and municipal criminal prosecutor.

Outside the Court, Justice Gonzalez is just as passionate about community engagement and service to others. He participates in the Northwest Minority Job Fair, and serves as Board member for the Washington Leadership Institute, an organization that aims to develop legal professionals and community leaders who reflect the diversity of Washington State.

Prior to joining the court in King County, Justice Gonzalez practiced both criminal and civil law. He was an Assistant United States Attorney in the Western District of Washington, where he was part of the team that successfully prosecuted the international terrorism case U.S. v. Ressam. He also prosecuted organized crime cases and served as the Hate Crimes Prosecution Coordinator. After September 11, he lectured on international terrorism prosecution to U.S. Attorneys in Washington D.C. 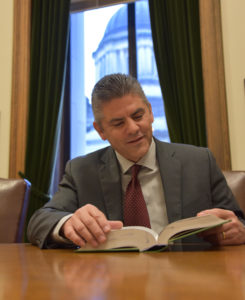 Justice Gonzalez has also served as a Domestic Violence Prosecutor for the City of Seattle, and an Associate in the Business Law Department at the Seattle law firm Hillis Clark Martin & Peterson. While working in private practice, he regularly provided pro bono representation to people who could not afford to pay for a lawyer. Justice Gonzalez continues to be a frequent lecturer at continuing legal education seminars, and taught State Constitutional Law at Gonzaga Law School in April 2018. He earned his B.A. with Honors in East Asian Studies from Pitzer College and his J.D. from U.C. Berkeley School of Law.

Steve has received broad recognition for his work, including the following selected list of awards:

2015  Doctor of Law Degree, honoris causa, from The University of Puget Sound for his dedication to access to justice, to mentoring youth, to education, to an inclusive and global world view, and for his life of service to the principles of justice and equity

2014 Charles A. Goldmark Distinguished Service Award from the Legal Foundation of Washington for his work establishing the Task Force on Race and the Criminal Justice System together with Professor Robert S. Chang and Nicole A. Gaines

2012 Difference Makers Award for service to the profession from the American Bar Association Solo, Small Firm and General Practice Division

2011 Judge of the Year Award from the American Board of Trial Advocates (ABOTA) Washington Chapter.

2011 Judge of the Year Award from the Asian Bar Association of Washington.

2011 Outstanding Judge of the Year Award from the Washington State Bar Association.

2010 Exceptional Member Award from the Latina/o Bar Association of Washington.

2009 Latino Judge of the Year from the National Hispanic Bar Association.

2001 Director’s Award for Superior Performance from the U.S. Department of Justice.